A lady was walking past a pet store when a parrot said, ”Hey,
lady! You’re really ugly!” The lady was furious and continued on
her way. On the way home, she passed by the pet store again and the parrot once more said “Hey, lady! You’re really ugly!” She was incredibly ticked now, so she went into the store and said that she would sue the store and kill the bird. The store manager apologized profusely and promised he would make sure the parrot didn’t say it again. The next day, she deliberately passed by the store to test the parrot. “Hey, lady!” it said. “Yes?” “You know.”

Ever wanted to know what is behind those standard phrases in job ads?

It is all being revealed now, just read on…

The real meaning of words in Job Ads

We remain competitive by paying less than our competitors.

….who still live with their parents and won’t mind our

We don’t pay enough to expect that you’ll dress up; well, we don’t

shave around here and wear our tats with pride

We all listen to nutty motivational tapes.

MUST BE DEADLINE ORIENTED:

You’ll be six months behind schedule on your first day.

Anyone in the office can boss you around.

MUST HAVE AN EYE FOR DETAIL:

We have no quality control, so you better get it right

Unless you wasted those four years studying something useless like

We’ve filled the job; our call for resumes is just a legal

SEEKING CANDIDATES WITH A WIDE VARIETY OF EXPERIENCE:

You’ll need it to replace three people who just left.

PROBLEM-SOLVING SKILLS A MUST:

You’re walking into a company in perpetual chaos.

You’ll have the responsibilities of a manager, without the pay or

Management communicates, you listen, figure out what they want, and

This guy, Artie, gets tired of working so hard and not getting anywhere, and seeing all these guys in the Mafia in their fine three piece suits and fancy cars, decides that he has to join the Mafia.

He goes up to one of the guys and says, ” I want to join the Mafia.”

The guy answers, ” You ever kill any one for money?”

The guy says, ” Well, you either got to be born into the mafia, or you gotta kill somebody for money.”

The guy says, ” Okay, I’ll tell you what. You kill somebody, tell me about it, and if I see it in the morning paper, I’ll pay you a dollar.”

Artie says, ” Oh thank you, thank you!” and heads off on his mission. He goes to Ralphs Supermarket, sees an old lady pushing a cart, and decides that she’s lived a full life, goes up to her, grabs her round the neck and chokes her to death.

The bag boy sees him, and chases after him. Artie realizes that he can’t out run the bag boy, turns around, grabs the bag boy by the neck and chokes him to death.

In the morning paper the headlines read, ” ARTIE CHOKES TWO FOR A DOLLAR AT RALPHS!”

When a successful farmer died, he left everything to his devoted wife. She was a very good-looking woman, & determined to keep the farm,
but knew very little about farming, so she decided to place an ad
in the newspaper for a farm hand. Two men applied for the job. One was gay and the other a drunk. She thought long and hard about it, and when no one else applied she decided to hire the gay guy, figuring it would be safer to have
him around the house than the drunk.

He proved to be a hard worker who put in long hours every day and knew a lot about farming. For weeks, the two of them worked, and the farm was doing very well. Then one day, the woman said to the guy, “You have done a really good job here over the last few weeks. You should go into town and have some fun.” The guy readily agreed and went into town one Saturday night. One o’clock came, however, and he didn’t return. Two o’clock, and he still wasn’t home. He returned around two-thirty, and upon entering the room, he found the farmer’s widow sitting by the fireplace with a glass of wine, waiting for him.

She quietly called him over to her. “Unbutton my blouse and take it off,” she said. Trembling, he did as she directed. “Now take off my boots.” He did as she asked, ever so slowly. “Now take off my socks.” He removed each gently and placed them neatly by her boots. “Now take off my skirt.” He slowly unbuttoned it, constantly watching her eyes in the fire light. “Now take off my bra.” Again, with trembling hands, he did as he was told and dropped it to the floor. “Now,” she said, “take off my panties.” By the light of the fire, he slowly pulled them down and off. Then she looked at him and said, “If you ever wear my clothes into town again, you’re fired.”

I got this story passed along to me via email and it made me LOL so I thought I would share it with you! Happy Friday!

Wandering about, he notices a panther heading rapidly in his direction with the intention of having lunch. The old German Shepherd thinks, “Oh, oh! I’m in deep do do now!”

Noticing some bones on the ground close by, he immediately settles down to chew on the bones with his back to the approaching cat.

Just as the panther is about to leap, the old German Shepherd exclaims loudly, “Boy, that was one delicious panther! I wonder, if there are any more around here?”

Hearing this, the young panther halts his attack in mid-strike, a look of terror comes over him and he slinks away into the trees.

“Whew!,” says the panther, “That was close! That old German Shepherd nearly had me!”

Meanwhile, a squirrel who had been watching the whole scene from a nearby tree, figures he can put this knowledge to good use and trade it for protection from the panther. So, off he goes.

The young panther is furious at being made a fool of and says, “Here, squirrel, hop on my back and see what’s going to happen to that conniving canine!”

“Where’s that squirrel? I sent him off an hour ago to bring me another panther!”

Moral of this story…

Don’t mess with the old dogs… Age and skill will always overcome youth and treachery!

In honor of Valentine’s Day I thought it would be nice to give you a little background on the Holiday & a few fun facts I have put together! Wishing everyone a wonderful day filled with much love & happiness! Spread the love today!

Saint Valentine’s Day, often simply Valentine’s Day, is a holiday observed on February 14 honoring one or more early Christian martyrs named Valentinus. It was first established by Pope Gelasius I in 496 AD, and was later deleted from the General Roman Calendar of saints in 1969 by Pope Paul VI. It is celebrated in countries around the world, mostly in the West, although it remains a working day in all of them. The day first became associated with romantic love in the circle of Geoffrey Chaucer in the High middle Ages, when the tradition of courtly love flourished. By the 15th century, it had evolved into an occasion in which lovers expressed their love for each other by presenting flowers, offering confectionery, and sending greeting cards (known as “valentines”). Modern Valentine’s Day symbols include the heart-shaped outline, doves, and the figure of the winged Cupid. Since the 19th century, handwritten valentines have given way to mass-produced greeting cards. ~ Wikipedia

Events of February 14 ~ Married on this day:

February 14, 1974, The Captain and Tennille were married.

Today’s Food History on this day in…

1903 The U.S. Department of Commerce and Labor was established.

I am sure as most of you know texting is the big thing with the kids these day. And they all have their texting codes like;

So why not some codes for seniors (60 and over):

ATD – At the Doctor’s

BYOT – Bring Your Own Teeth

CUATSC – See You at the Senior Center

FWIW – Forgot Where I Was

IMHO – Is My Hearing-Aid On?

LMDO – Laughing My Dentures Out

ROFLCGU – Rolling on the Floor Laughing. Can’t get Up!

WAITT – Who Am I Talking To?

THE LEFTOVERS BECKONED –
THE DARK MEAT AND WHITE,
BUT I FOUGHT THE TEMPTATION
WITH ALL OF MY MIGHT.
TOSSING AND TURNING WITH ANTICIPATION,
THE THOUGHT OF A SNACK BECAME INFATUATION.
SO, I RACED TO THE KITCHEN, FLUNG OPEN THE DOOR,
AND GAZED AT THE FRIDGE, FULL OF GOODIES GALORE.
GOBBLED UP TURKEY AND BUTTERED POTATOES,
PICKLES AND CARROTS, BEANS AND TOMATOES.

I FELT MYSELF SWELLING SO PLUMP AND SO ROUND,
‘TIL ALL OF A SUDDEN, I ROSE OFF THE GROUND.
I CRASHED THROUGH THE CEILING, FLOATING INTO THE SKY,
WITH A MOUTHFUL OF PUDDING AND A HANDFUL OF PIE.
BUT, I MANAGED TO YELL AS I SOARED PAST THE TREES….
HAPPY EATING TO ALL – PASS THE CRANBERRIES, PLEASE.

Wishing you all a very Happy Thanksgiving!!!

I’m pretty good with numbers, but this equation was passed on to me by a friend.

Let’s do the Math right here!

Or 1,000 shares of Lehman Brothers and you have a netted a big 0 today

However, if you bought and drank just $1,000 worth of beer you would have had a lot of fun and netted $214.00 from recycling the containers.

*not condoning drinking, just having a little fun with math

***drinking can cause birth defects if you’re pregnant

(There, I think I’ve covered it all…so smile now)

“That which is striking and beautiful is not always good;

but that which is good is always beautiful.” 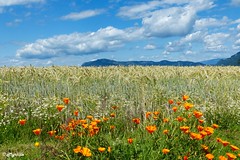 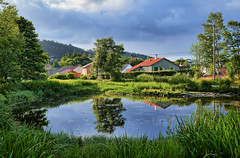 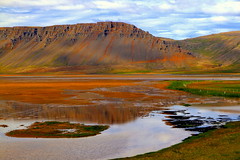 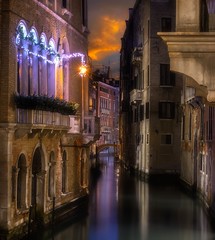